New Zealand might be a small country, but we’ve got scenery that will knock your socks off (that means surprise and amaze you, in kiwi-speak!) We’ve put together a list of the best places in New Zealand to take a scenic flight – places where the landscapes look their absolute best from above.

Way down south, Fiordland is one of NZ’s southern-most regions – and we’re also lucky enough to be able to call it our backyard. It’s also a region known for it’s movie-star good looks; Hollywood films are often shot here (the most famous being the Lord of the Rings trilogy). With snow dusted ranges, mountain lakes and deep valleys, it’s easy to see why. Carved by glaciers during the Ice Age, many of the most beautiful areas in this region are so remote, they’re nearly impossible to get to by car or on foot; which makes Fiordland a region where a scenic flight is an absolute must-do. Don’t worry, we’ll do the driving so you can focus on the glaciers, fiords, snow capped mountains and hanging valleys below. We can even drop you off on a mountain top for a hike, or by a hanging alpine lake for a gourmet picnic you won’t forget in a hurry! 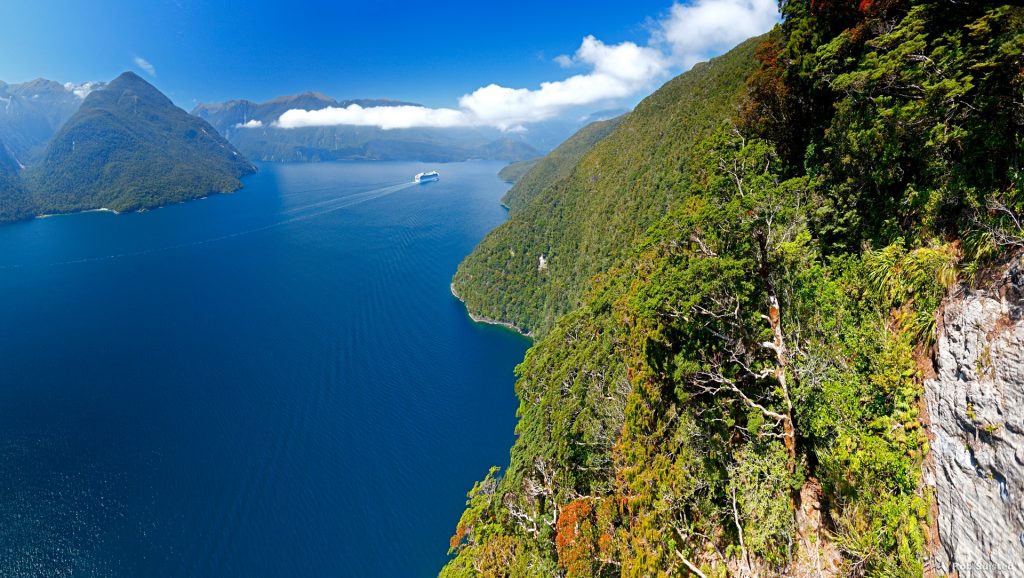 The scale of Fiordland is best seen from the air – truly epic!

OK, we’ve got to be honest. Rotorua smells a little bit different to the rest of New Zealand! The sulphur in the air is a pretty distinctive smell, and is a result of the area’s geothermal activity. A scenic flight in Rotorua gives you a chance to see its bubbling mud and steaming pools from above (far from the smell!) You can check out the region’s namesake lakes (the roto part of Rotorua means lake), and travel out to New Zealand’s most active volcano –  White Island. Speaking of active volcanoes, we can’t forget about Mount Tarawera. This volcano carved out the surrounding lands in 1886, in a massive and deadly eruption, and is quite a site from the skies. 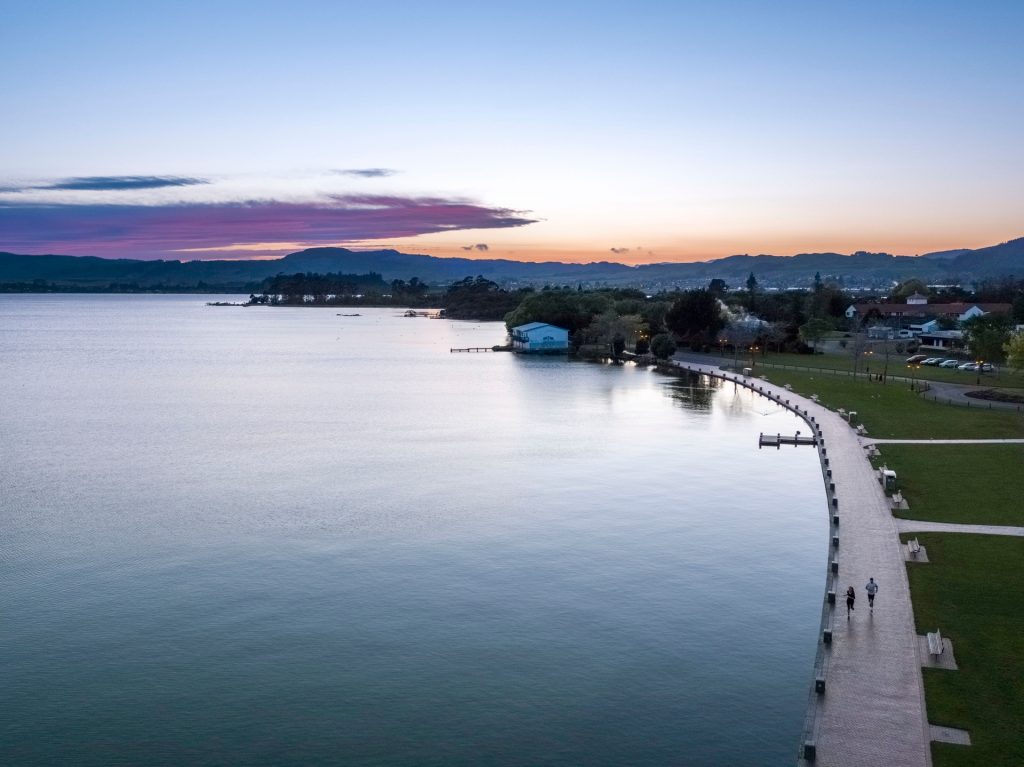 Rotorua’s lakes and geothermal sights are something else from the skies!

Taupo is a favourite with visitors from around the world, so if you’re wanting to see the region but you have limited time, a scenic flight might be right up your alley. Lake Taupo itself is a huge crater lake (the size of Singapore) that sits smack bang in the middle of the country, and you can choose a float plane flight that takes off from and lands in the water, or a helicopter flight to see the sights. See if you can spot the amazing Maori rock carvings on the lakes edge. Just south of the lake lies the mountains of Ngauruahoe, Ruapehu and Tongariro – you’ll catch glimpses of them from the air.

Auckland may be our biggest city, but she’s pretty stunning from above. Geographically, it’s a skinny bit of land surrounded by glittering seas and heaps of little islands. And of course… more volcanoes! There are 48 volcanoes in the region, but you might not notice them until you fly over and spot the craters. Some are ancient… some not so much! Take off and land from the water – seaplanes share the harbour with boats and yachts, and the landing is just as thrilling as the flight. 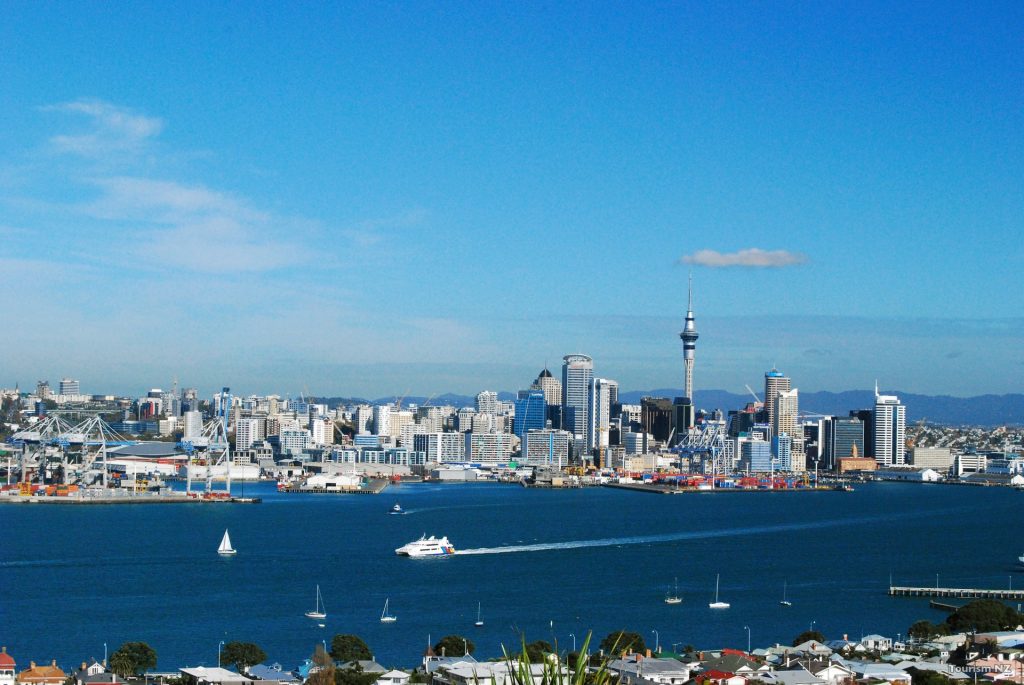 New Zealand’s capital, the ‘City of Sails’, looks incredible from the air

So you’ve heard of planes that land on the water, but what about planes that land on snow? Landing on Aoraki Mount Cook, our tallest mountain and part of the impressive Southern Alps, on a plane that has skis is a pretty unforgettable experience. Like Fiordland, this part of the country is so remote that a scenic flight is one of the best ways to get a good feel for it. 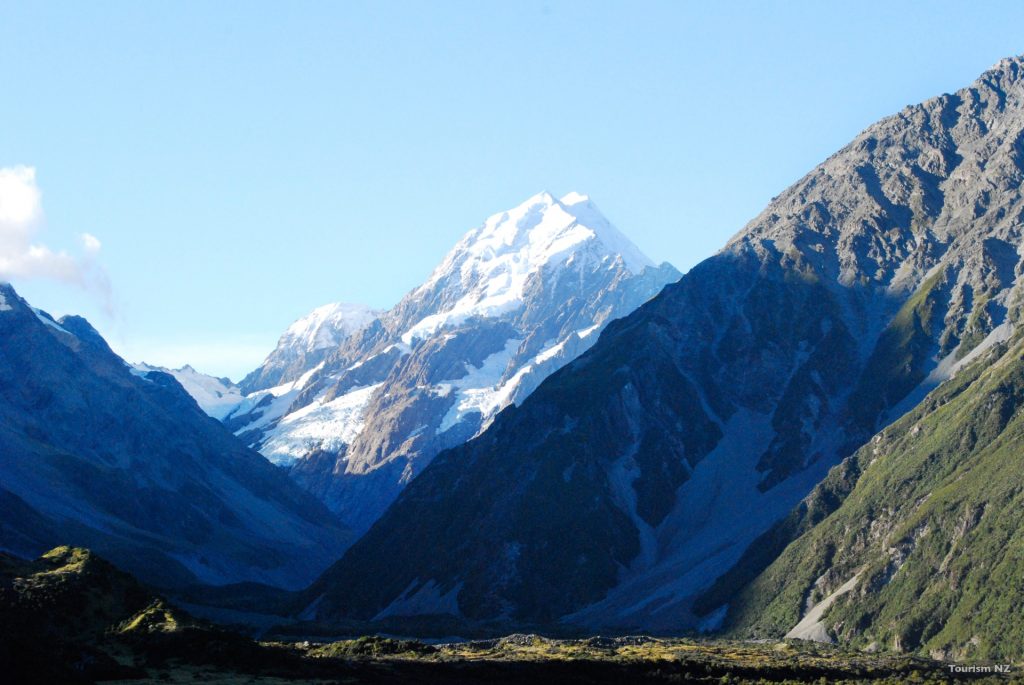 Its no sweat to explore the massive Southern Alps in a plane or helicopter.