Talk to any traveller about their Kiwi holiday and they’ll say that exploring Doubtful Sound or Milford Sound was an absolute highlight. And little wonder; thanks to the diverse nature of the landscape, from tranquil lakes to thundering waterfalls, the whole area is beyond belief. The flawless backdrop for every photo.

So if everything is so picture-perfect, how do you decide where to focus your camera while also soaking in every moment of the experience? To help, we’ve put together a bit of a photo treasure hunt with the shot list below. Tick them all off during your school holiday helicopter adventure, and create the kind of photo album that gets people wondering about your photoshop skills…

No helicopter ride is complete without a snap from the highest point of the tallest peak on your route. While touring Doubtful Sound and Milford Sound, that’ll be while visiting Campbell’s Kingdom. Unlike anything you’ve ever seen before, Campbell’s Kingdom is a valley that ‘hangs’ between two mountains and has its own lake and waterfall.
So sidle up beside the helicopter and your travel companions and have the pilot take the ultimate group shot in fairy tale landscape in the clouds. 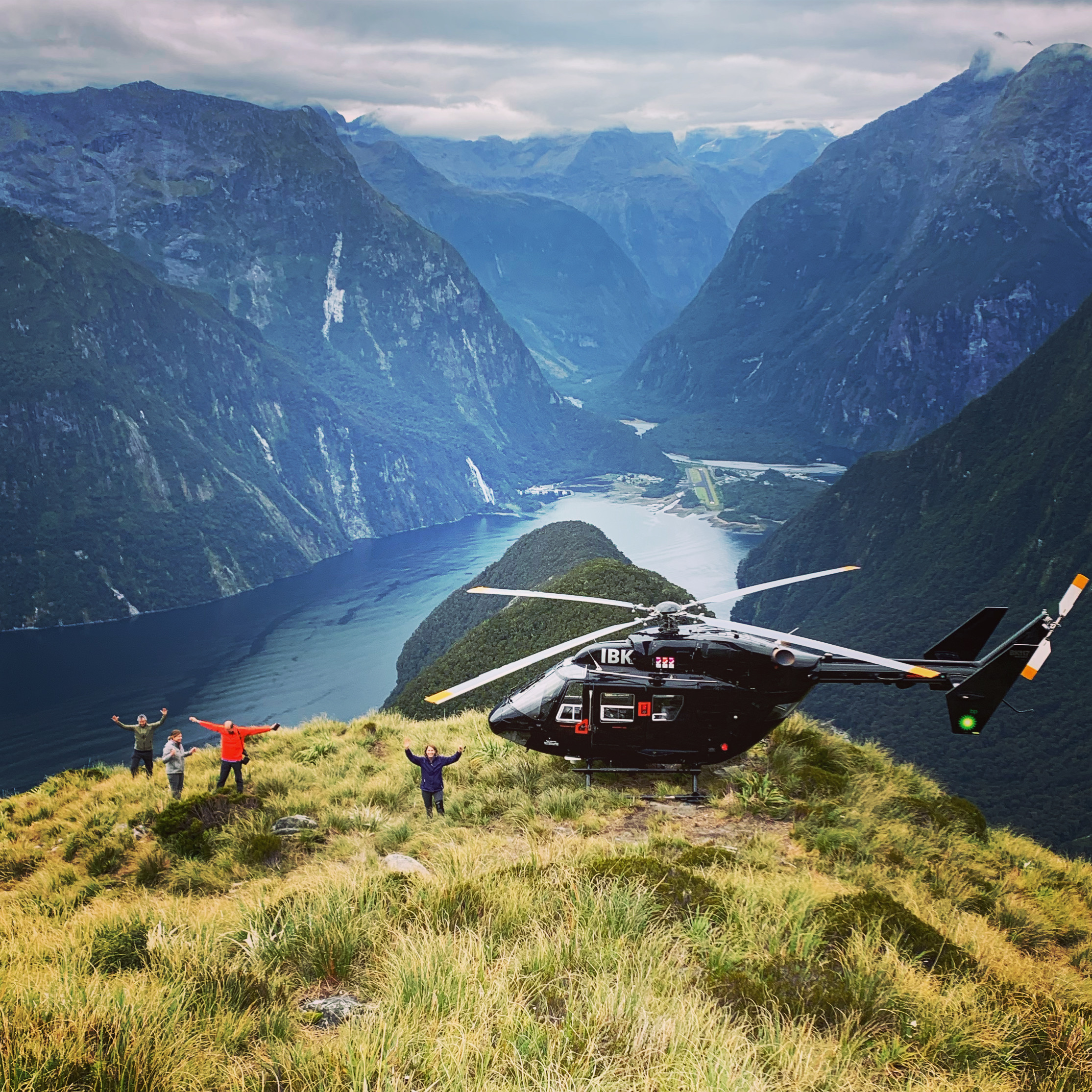 2. Close encounter with a waterfall

We’ve all seen a waterfall from a river bank or road, but have you ever been suspended in the air with thousands of litres of crashing water mere feet away from the window of your helicopter? This is the next must-have shot on our list, and the spectacle of Sutherland Falls in Milford Sound never fails to deliver the drama.
Take a selfie from your seat in the chopper with the fall’s mist in the window, and follow up with a shot of the surrounding rocks and water of Lake Quill below for a sense of scale.

3. One human vs. the whole world

If there’s one thing that the ‘Sound of Silence’ and Milford provide, it’s an opportunity to realise just how small we are in the grand scheme of things. Between the towering granite cliffs of Milford and the expansive green of Doubtful’s surrounding rainforest, you’ll be in absolute awe of the enveloping beauty.
Make sure you find a quiet spot alone, and rather than the confining frame of a selfie, have someone else (maybe your pilot) take a panoramic shot of you against the backdrop of the world.

Whether it’s to top off the excitement of a surprise engagement by helicopter (hint hint) or simply to make a special tour that little bit better, a glass of bubbly is always a good idea. And while you may have lots of photos or videos of toasts with friends over dinner, how many do you have of a cool Champagne in Fiordland?
Add a gourmet picnic when you book a tour, and pop your glass of New Zealand wine on a rock in front of the still waters of Lake Quill for a humble brag about your time in Milford Sound. 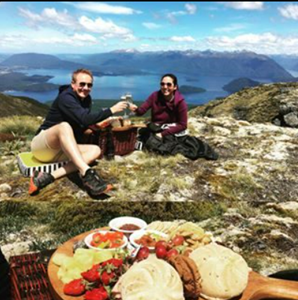 Like the cheekiest of children who get away with murder because they’re cute, the world-famous kea is a bundle of naughty feathers you absolutely need a pic of.
On this tour you’ll likely see a kea when your helicopter lands beside Lake Quill in Milford Sound. Without too many buses or cars to rip up here with their mischievous beaks, you may actually have the chance to catch them in a calmer moment. So crouch down quietly a few metres away, and snap a shot of this character mid-thought. 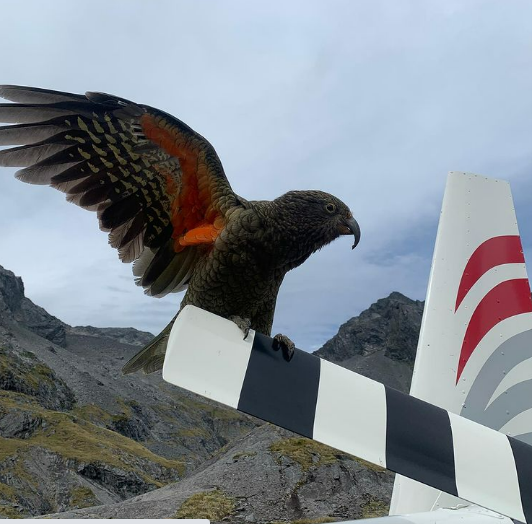